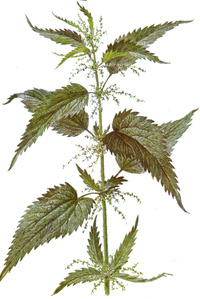 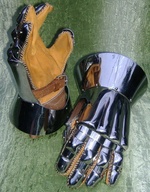 Редактор
Сообщения : 1309
I have recently been sent a series of genealogical charts which detail a bloodline and its off shoots that will be highly relevant to the readers of The Biggest Secret.

I had no idea of their existence when I wrote The Biggest Secret. Yet it reads like an index of the book and most, if not all, of the major players in the advancing agenda of global control over thousands of years.
These charts are stunning confirmation that the same bloodlines have expanded their power out of the Near and Middle East of the ancient world to control the planet today, precisely as detailed in The Biggest Secret .
For readers of The Biggest Secret the following will prove extremely interesting:

Спойлер:
This bloodline and its offshoots includes a long line of pharaohs in ancient Egypt, including Rameses II (1295-1228 BC), who is considered to be the greatest pharaoh of all.
He was his country's master architect (sacred geometry ) and his name can be found on almost every ancient shrine. The gold mines of Nubia made him rich beyond the imagination. This bloodline also includes the extraterrestrial-human hybrids who ruled Sumer , Babylon, Greece, and Troy, and which, today, rule the world.

One common link in this bloodline is Philip of Macedonia (382-336BC),who married Olympias, and their son was Alexander the Great (356-323BC), a tyrant who plundered that key region of Greece, Persia, Syria, Phoenicia, Egypt, Babylon, the former lands of Sumer, and across into India before dying in Babylon at the age of 33.
During his rule of Egypt he founded the city of Alexandria, one the greatest centers for esoteric knowledge in the ancient world. Alexander was taught by the Greek philosopher, Aristotle, who in turn was taught by Plato and he by Socrates. The bloodline and the hidden advanced knowledge have always gone together.

This key bloodline comes down through the most famous Egyptian queen, Cleopatra (60-30BC), who married the most famous Roman Emperor, Julius Caesar, and bore him a son, who became Ptolemy XIV.

More than that, the most used version of the Bible was commissioned and sponsored by another strand in the same bloodline, King James 1st of England.
Just a coincidence, nothing to worry about! The line of James, according to genealogy sources listed below, can be traced back to 1550 BC and beyond and includes many Egyptian pharaohs, including Rameses II.

The bloodline moved into France and northern Europe through the Franks and Meroveus or Merovee, who gave his name to the Merovingian bloodline,and it continues with the rest of the Merovingian clan like Clovis and the Dagoberts who connect into the elite secret society, the Priory of Sion and [url=https://www.bibliotecapleyades.net/merovingians/merovingios_01.htm#enduring enigma]the Rennes-le-Chateau "mystery" in Languedoc[/url] [Provence], Southern France. Many books have been written recently which claim that the Merovingians arethe bloodline of "Jesus".

Some of these authors have just been mistaken, others have blatantly sought to confuse and mislead. The Merovingians are a key bloodline, yes, but it has nothing to do with Jesus, who was invented by an earlier family in the same line, the Pisos . Authors like Sir Laurence Gardner  (Bloodline of the Holy Grail and a favorite of Nexus Magazine and its owner, Duncan Roads) MUST know this and yet they still connect the Merovingians to "Jesus". Why??

The Merovingians were Goddess Diana worshippers, as are so many in this line to the present day. They founded the city we call Paris and on one of their former sites of Diana ritual, Princess Diana was murdered in the Pont d'Alma tunnel (meaning "bridge or passage of the Moon Goddess") on August 31st, 1997. As The Biggest Secret points out, the Windsors, another Merovingian bloodline, were very much involved in this ritual murder.

From the Merovingians, this bloodline's connections to the present day include: Charlemagne (742-814), who ruled as Emperor of the West in the Holy Roman Empire; a stream of French kings, including Robert II, Philip Ist, II and III, and Louis Ist, II, VI, VII, VIII, VIIII, XIII, IX, XV, and XVI.
The latter married Marie Antoinette of this same bloodline and both were executed in the French Revolution. But they produced the son who became Daniel Payseur, who, as The Biggest Secret  explains, was taken to the United States where he became the secret force behind the Morgan and Carnegie empires and owned vast amounts of real estate, banking, and industrial holdings.

This bloodline also connects to the de Medici family which supported Christopher Columbus and produced Catherine de Medici, the Queen of France who died in 1589. Her doctor was Nostradamus: It includes Rene d'Anjou, Duke of Lorraine, and the House of Lorraine which employed Nostradamus and Christopher Columbus.
The bloodline relatives of the de Medicis and the House of Lorraine, Queen Isabella of Castile and King Ferdinand of Spain, were also sponsors of Columbus when he "discovered" the Americas .

[list="font-family: Arial; font-size: 10pt;"]
[*]
the Habsburgs, the most powerful family in Europe under the Holy Roman Empire

[*]
King Henry Ist, II, and III, who were extremely close to the Knights Templar, as was King John

[*]
Mary Stuart and the Stuart Dynasty, including King James Ist of England, sponsor of the King James version of the Bible

[*]
Prince Charles and Elizabeth's other offspring, Anne, Andrew and Edward

[*]
Princes William and Harry from Charles' "marriage" to Princess Diana

[*]
US Presidents, George Washington, John Adams, John Quincy Adams, Thomas Jefferson, Franklin Delano Roosevelt, and George Bush are all named in the charts as strands of this bloodline

[*]
it was passed on to the year 2000 US presidential favorite, George W. Bush Jr., and his brother, Jeb Bush, the Governor of Florida
[/list]

In fact if you go deeply enough into the genealogical research you will find that ALL the presidents are from this line.
Genealogical sources, like the New England Historical Genealogical Society and Burkes Peerage, have shown that 33 of the 42 presidents to Clinton are related to Charlemagne and 19 are related to England's Edward III, both of whom are of this bloodline.
A spokesman for Burkes Peerage, the bible of royal and aristocratic genealogy based in London, has said that every presidential election since and including George Washington in 1789 has been won by the candidate with the most royal genes. Now we can see how and why. United States presidents are not chosen by ballot, they are chosen by blood!

On and on it goes into country after country. This bloodline connects into every surviving royal family in Europe, including King Juan Carlos of Spain and the Dutch, Swedish, and Danish royal lines.

And this is just ONE of the reptilian bloodlines and just SOME of its offshoots.

There are others which connect with these names and span the same period and beyond to thousands of years BC. Detailed family trees of the above are available on:

The Pharaohs of The XVIIth Dynasty


THE FOLLOWING CHART TRACES THE DESCENT OF THE AMERICAN PRESIDENTS. 'GEORGE HERBERT WALKER BUSH' AND 'FRANKLIN DELANO ROOSEVELT' FROM 'PHILIP OF MACEDONIA' ( CIRCA 350 B.C.E. ).  DEMONSTRATING DIRECT DESCENT FROM THE MAIN CORE OF 'INNER-CIRCLE' FAMILIES.